One of the best parts about renovating is the chance to change all those things you’ve never quite liked about a space. The list of things we hated about our kitchen space was long (you can read more about all of that here) – the giant wall seperating it from the rest of our house, the terrible lighting, the oak cabinets – I mean really this list could go on and on. Among all of those many things we wanted to change would most certainly be our old stove.

A relic still hanging on from the early 70’s when this house was originally built, that old thing was full of quirky issues we’ve had to work around for three long years.

So, when planning out our new kitchen space, there was no doubt we’d be picking out a replacement. What we weren’t so sure about was whether we’d stick with an electric stove, or take this opportunity to put in a gas line and finally upgrade to a gas cooktop. We had a beautiful gas stove in our last home and boy were we missing it. The more we thought about how much nicer that gas stove was to cook with than any electric we’d ever owned, the more sure we were that going with gas would be worth the extra effort and expense.

Knowing this was obviously going to be a decision we’d be stuck with for many years to come, we were of course researching our options as much as possible. And then, up popped a choice we hadn’t even considered … induction.

Cooking with induction has been around for decades and actually happens to be the most popular choice for ranges in much of Europe, but it’s only just recently started gaining popularity here in North America.

Instead of using radiant heat to cook food as an electric or gas stove would, induction ranges cook food by heating the cooking vessel (ie. your pot or pan) itself using an electromagnetic coil (you can read more about that all works here). The more we researched induction, the more we learned how truly superior it is to it’s electric or gas counterparts. The only drawback that popped up in our research really was that we’d need to use cookware made from either iron or steel, but luckily our current set would still work perfectly (you can easily test with a magnet – if it sticks, you’re good to go). And just in case you were wondering, that dutch oven I’ve had my eye on forever will be a-okay too.

The more we researched cooking with induction, the more sure we became that an induction range was the way to go! And so today, I thought I’d share some of the many reasons we fell in love with the idea of cooking with induction and why we chose to go this way in our new kitchen with this KitchenAid Induction Convection Range from The Brick…

6 Reasons to Love Cooking with Induction

one. It’s the most energy efficient.

Rather than relying on radiant heat as a gas or electric stove would, an induction cooktop uses electromagnetic energy to heat the cookware itself. As you can imagine, it’s far more efficient to heat cookware directly than indirectly.

The energy efficiency of induction not only translates into less waste on your electricity bill, but also makes for shorter cooking time. With less wasted energy than traditional radiant heat, induction can boil water in less than half the time, which also means that it can help you get dinner on the table faster.

When you change the temperature on your stove, you want it to change instantly. Everyone that’s ever had to cook on an electric stove top can tell you that it can take ages for that burner to come up to temperature and don’t even get me started on how long it takes to respond if you need to change it. Induction on the other hand responds to those changes instantly, making it more responsive than traditional radiant heating methods (even gas!).

Because induction heats the cooking vessel itself rather than the burner it’s sitting on, it allows for very precise heating, which means that the cookware actually becomes the burner, not your stove top.

I saw some pretty amazing pictures out there showing how the pan can be hot, while the space around it still cool to the touch and I just couldn’t resist trying it myself…

I couldn’t believe it … the water was boiling away on high while the chocolate sat right beside it on the very same burner, not melting at all!

This might go without saying, but because the stovetop isn’t being heated, any spills that might happen won’t be cooked on, which makes them so much easier to wipe up.

Even more awesome, you can actually put a paper towel right between the pan and the burner, protecting the stovetop from those really messy cooking jobs like frying up bacon!

This might be most obvious of all, but because the cooktop surface itself stays cool, you won’t have to worry about any little (or big) fingers burning themselves on a burner. In addition, an induction cooktop will not work without a steel or iron cooking vessel over it, which means you can’t accidentally turn on or leave on a burner.

After researching the many benefits of cooking with induction and struggling to find much in terms of drawbacks, the choice go with induction was an easy one for us. We’ve been putting this KitchenAid Induction Convection Range to work for about a month now and we couldn’t be happier with our choice!

Not only does it have all the advantages of an induction stovetop, but it also has an even-heat convection oven (complete with easy slide-out rack) and an added baking drawer to bake at a separate temperature, slow cook a meal or keep a dish warm.

The glowing reviews on The Brick’s website speak for themselves! This KitchenAid Induction Convection Range was definitely the way to go in our new kitchen space!

HUGE thanks to the wonderful folks at The Brick for sponsoring this post and making it so darn easy to recommend their incredible products and service!

Wishing you SUCH a lovely day!

I can't wait to hear your thoughts! Cancel reply 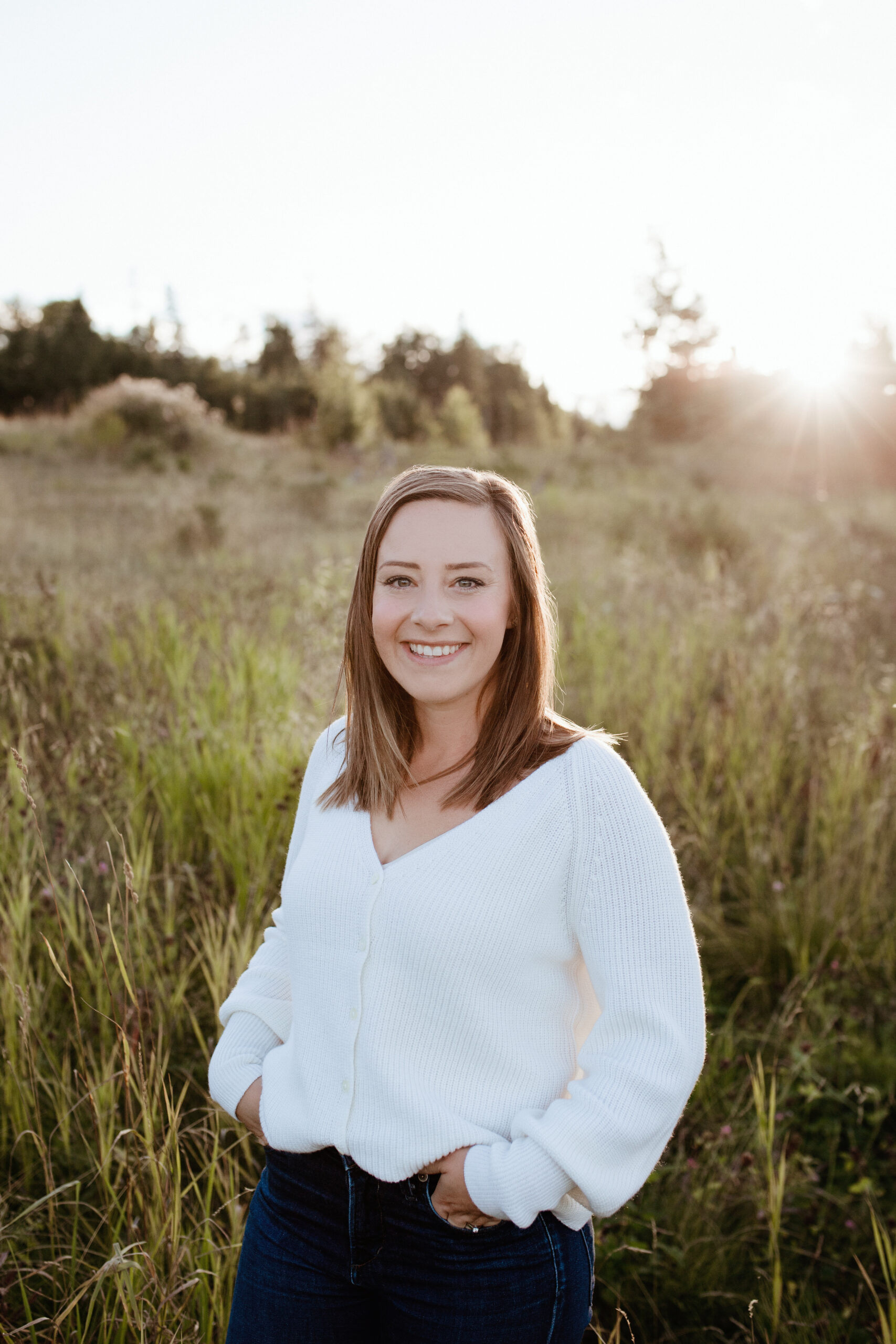 Hi, I'm Kristi - lover of neutral colours, vintage charm and all things farmhouse! Follow along as we turn our first fixer-upper into the {farmhouse} of our dreams, one DIY project at a time.

The mornings are crisp + cool, the leaves are star

Our sweet Charley girl has gone through so much in

Things on the blog have been pretty slow the last

Spent this rainy Sunday, baking up some banana bre

Happy Wednesday friends! I started my day bright a

“Sometimes you will never know the value of a mo

Sunshine all day and clean sheets to crawl into to

Rainy days were made for board games + movies, fli

Sign up to have our posts delivered right to your inbox and you’ll be entered to win one of our fun, farmhouse themed quarterly giveaways as a thank you for following along!

A Few of our Favourites:

The mornings are crisp + cool, the leaves are star

Our sweet Charley girl has gone through so much in

Things on the blog have been pretty slow the last

Spent this rainy Sunday, baking up some banana bre

Thank you so much for your interest in Making it in the Mountains and the work I share here. While all of the work contained on this site is copyrighted, bloggers are welcome to use one original image (watermark in tact), and brief accompanying description with a direct link back to the appropriate post. Posts may not be excerpted or reproduced in their entirety, and photographs may not be altered or edited. This permission may be revoked at any time upon written notice from me. If you are a non-blogger, wish to use the work contained on this site in a manner other than expressly permitted here, or have any questions, please e-mail me at [email protected]