This simple linen bag is perfect for taking to the market or toting around your fave farmhouse finds. See how you can sew this lovely farmhouse style DIY linen tote yourself in just one hour.

This lovely linen tote might just be my very favourite DIY project of all time.

Seriously though, it’s not just oh, so pretty to look at…

But, it’s so darn useful too!

Now, calling it my favourite project yet is really saying something. I’ve made a ton of super cute farmhouse style projects over the years (if I do say so myself).

But friends, what makes this declaration even more impressive is the simple fact that this DIY linen tote was quite possibly THE MOST FRUSTRATING PROJECT I’ve ever taken on. Filled with one mistake after another, what should have taken me just an hour to sew up, actually took several. That’s right, several long hours wrought with the most frustratingly slow progress in the history of ever.

I should probably add that I am not the greatest or most knowledgable of sewers. In fact, aside from the most simple and straight forward stitch on my machine, I generally have no idea what I’m doing. Which may be why I made such a mess of this tutorial. But, I figure I can’t be the only one out there that doesn’t know a thing about how to sew a straight line, let alone a whole bag.

And so, I’m dedicating this simple DIY linen tote tutorial to all those sewing newbies out there that want to create a lovely linen bag without wasting hours of their life making it.

one. Cut a length of ribbon 36″ long. Tie a simple knot each end. Set aside for later.

three. Working with one rectangle piece at a time, fold in half lengthwise with wrong sides together. Making sure long edges match, press fold in place with an iron.

four. With the fold on the left and the raw edges on the right, make a mark along the top edge of the folded rectangle (Mark 1), 6 inches in from the fold. Make another mark on the long raw edge 17 inches below the top right-hand corner (Mark 2). Trace a straight line from the mark you made at the top to the mark you made along the raw edge. Then cut along the line, through both layers of fabric, cutting off the top right corner in a long triangle.

five. Repeat this step with the other rectangle piece.

six. Unfold both pieces of fabric and stack one directly on top of the other with right sides together.

seven. Working with just the right side first, pin the two raw edges together along the straight line from where the diagonal side meets the straight edge of your rectangle (Mark 2) all the way down to the bottom (as shown in the photo above).

eight. Sew a straight line along your pinned edge from Mark 2 to the bottom, 3/4-inch in from the edge. Be sure to backstitch at the beginning and end.

nine. Fold the top raw edge of the seam allowance 3/8-inch towards the wrong side of the fabric, so that the raw edge meets up with the seam (as shown below) and press in place.

ten. Fold the seam over itself once more along your line of stitches, hiding the raw edge. Then, press into place.

eleven. Working along the diagonal edge now, fold the raw edge in towards the wrong side 1/4 of an inch, then press into place.

twelve. Fold the seam again a 1/2-inch over itself, hiding the raw edge and press into place (as shown above).

thirteen. Open the two sides, being careful not to unfold the seams you’ve pressed into place. Sew a line along the edges of your folded seams from the top down to the bottom, backstitching at the beginning and end. Be sure you’re not sewing through both layers of fabric, but just sewing the seam through the top piece (see photo below).

fourteen. Repeat steps nine through thirteen to hide the other raw edges from your seam (shown below the stitched side in the photo above). Your seam should look like the photo below with both sides of your bag lying flat.

fifteen. Stacking both pieces on top of one another, with right sides together once again, repeat steps seven through fourteen sewing together the left side this time.

You should now have both sides attached with no raw edges visible on either side. Now it’s time to sew the bottom.

seventeen. Sew the bottom edge together, 1/4-inch in from the raw edge. Be sure to backstitch at the beginning and end of your seam.

eighteen. Turn the piece wrong sides out. Press the bottom seam flat. Sew again along the bottom edge, but this time a 1/2-inch in from the bottom. Backstitch at the beginning and end of your seam.

You’ve now got yourself a bag. Now it’s time to sew the handles.

nineteen. Turn the bag right side out again. Pin together the top edges with wrong sides together. Sew this pinned edge with a 1/2-inch seam, backstitching at the beginning and end.

twenty. Turn the bag wrong sides out again and press the seam flat. Place a pin 2 1/2-inches in from the left side.

twenty one. Find the ribbon you’d previously set aside, fold it in half and press the fold in place. Slide the folded edge of your ribbon between the two layers of fabric in the handle, pinning it in place with the pin from the previous step. Be sure to leave the ends of your ribbon free.

twenty two. Sew along this top edge with a 1-inch seam, attaching the ribbon tie into place.

twenty three. Stitch along the other side of this seam to hold it down flat.

This lovely linen bag is big enough to tote around all sorts of things and the very best part? It rolls right up, making it easy to keep on hand for whenever you might need it!

For a quick tutorial about how to roll this baby up or for more in-depth instructions to walk you through making this pretty linen tote from start to finish, check out the video below:


I hope you love this DIY linen tote as much as I do!

Wishing you SUCH a lovely day!

I can't wait to hear your thoughts! Cancel reply 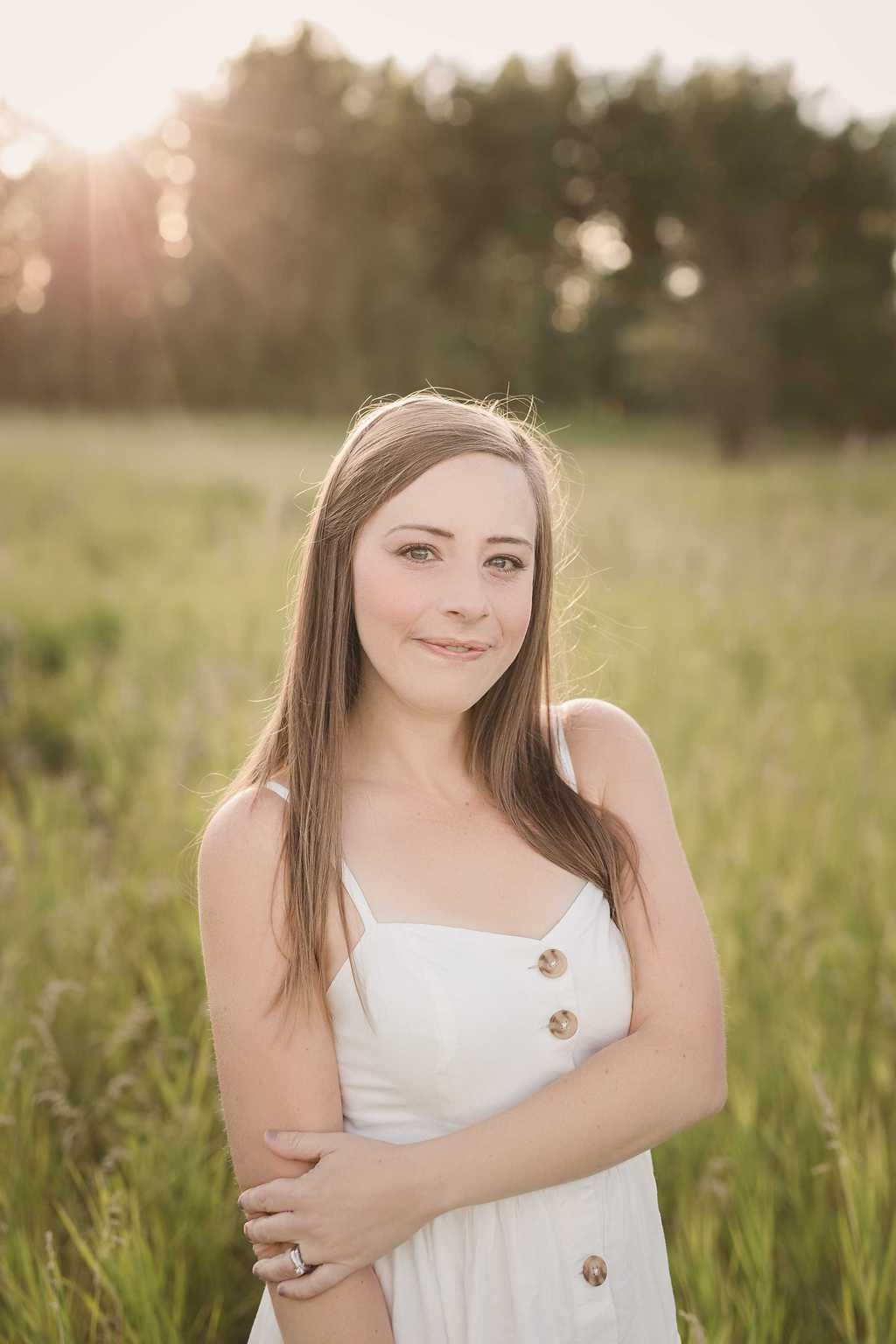 Hi, I'm Kristi - lover of neutral colours, vintage charm and all things farmhouse! Follow along as we turn our first fixer-upper into the {farmhouse} of our dreams, one DIY project at a time.

Is there a craft or skill that seems to catch your

It’s been a while. Like the rest of the world, w

It’s been five whole years now since we moved in

I’ve been so drawn lately to the nostalgia of vi

People often tell me how much they wish they could

Blankets left in piles on the couch, pillows squis

Happy Monday friends! I spent most of my day catch

Happy Friday friends! Whether your plans include a

Stay up to date with all the latest

A Few of our Favourites:

Is there a craft or skill that seems to catch your

It’s been a while. Like the rest of the world, w

It’s been five whole years now since we moved in

I’ve been so drawn lately to the nostalgia of vi

Thank you so much for your interest in Making it in the Mountains and the work I share here. While all of the work contained on this site is copyrighted, bloggers are welcome to use one original image (watermark in tact), and brief accompanying description with a direct link back to the appropriate post. Posts may not be excerpted or reproduced in their entirety, and photographs may not be altered or edited. This permission may be revoked at any time upon written notice from me. If you are a non-blogger, wish to use the work contained on this site in a manner other than expressly permitted here, or have any questions, please e-mail me at [email protected]